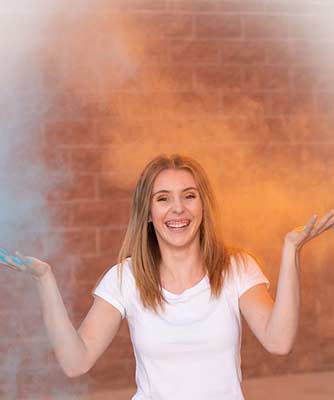 Laura was born in the Northwest suburbs of Illinois, and was raised in Cave Creek, Arizona.  She began dancing at the age of four.  Throughout her life, Laura has studied Ballet, Jazz, Tap, Hip Hop, Musical Theatre, Contemporary and more.  Her training and mentorship started at the age of 10 with Mike and Amber Wittmers.  Laura began dancing competitively at the age of 12.  Attending competitions and conventions around the valley as well as out of state, Laura received multiple honors and scholarships in dance.  She was a protégé for The Pulse on Tour in 2013 and 2015.  There, she was able to train with master teachers such as Brian Friedman, Gil Duldulao, Chris Judd, Dave Scott, and many more.  Laura has starred in many small video projects and local artist’s music videos.  One of Laura’s favorite memories/achievements was getting the opportunity to dance Rhythm Nation behind Janet Jackson during her World Tour here in Phoenix.  Laura is attending school at Arizona State University and will be graduating with a Bachelor of Science in Communications.  Laura finds passion in sharing her love for dance with others and loves to see the passion come alive in the students she teaches.